Two roads diverged in a wood, and I— I took the one less traveled by,

And that has made all the difference.

They say work defines a man...

I'm retired now, last worked gainfully in computers, but my loves have always been photography and music...and, of course, that supreme blessing for a man, the women of my life


Once upon a time, I worked for IBM and was there at the beginnings of IBM Unix, AIX and of its powerhouse SP (Scaleable Parallel) adaption that is behind the machines that first beat the chess grandmasters and are some of the fastest super-computers in the world.  Since then I've worked in AIX System Administration, for a credit reporting reporting company and next as a contractor back at IBM.  Most recently, I was for 13 years the Senior Aix System Adminstrator of Bard College where I managed 24/7 highly available Email, DNS, NFS & DHCP services.

Ave atque vale, employment.  It was good, the people and the work...the management, not so much.

Hello, this is me....on the far left, as chubby baby on my mother's lap, on the far right, on the beach at San Diego looking back over all the years.
Double click on it to see the images bigger
Where did all the years go...and all the hair? Unseen here are women of my "adult" life who taught me so much, with so much patience. More on them here

Photography and the various graphic arts

I've done my photographic work with an 8x10" (that's the size of the film!) view camera ala Ansel Adams or Eliot Porter as above. It's a beautiful medium but expensive, time consuming and alas, too damn heavy (the whole rig is around 70 pounds).  For those of you who think that traditional photo-chemical imaging processes are passe, I'd point out that that camera shoots the equivalent of a 720 megapixel digital image...while the best digital cameras shoot an at 6 to 50megapixels. So it'll be a while yet before digital electronic imaging can deliver the kind of resolution and depth of tonality that traditional photgraphic processes can. Oh, I'll be happy enough when it comes to pass, because the film and developing costs for one 8"x10" exposure is $25. Ouch!  So I've gotten into digital photography lately and am pretty happy with the capabilities of the Canon 5DS R digital SLR.  Lovely, capable camera with pretty passable resolution, great for pictures of people.


I have another website devoted to my photography, Imago Vitae, The Image of Life.

English Country Dance and its Music

English Country Dance is most like contra or perhaps square dance, but it has a balletic choreography and elegance to it that others don't....and absolutely gorgeous music, most of it from the late 1600's to middle 1800's. It often sounds like a cross between classical and folk, if you can imagine such a thing.  You've seen it danced in the Jane Austen movies.

I play an English concertina for English Country Dance in Tiddly-Pom, for Hudson Valley English Dance, (search for English Country Dance).  Before Covid, we met every first Saturdays every month, year-round, 7:30PM - 10:30PM at the Reformed Church of Port Ewen (near Kingston), NY. Let us hope we may dance again soon!  Dance Info: 845-679-8587.  The best: playing for dance with others and for others: a concert of grace, flow & harmony....in the dance and the music.

Go here for more about this English Country Dance...and my music 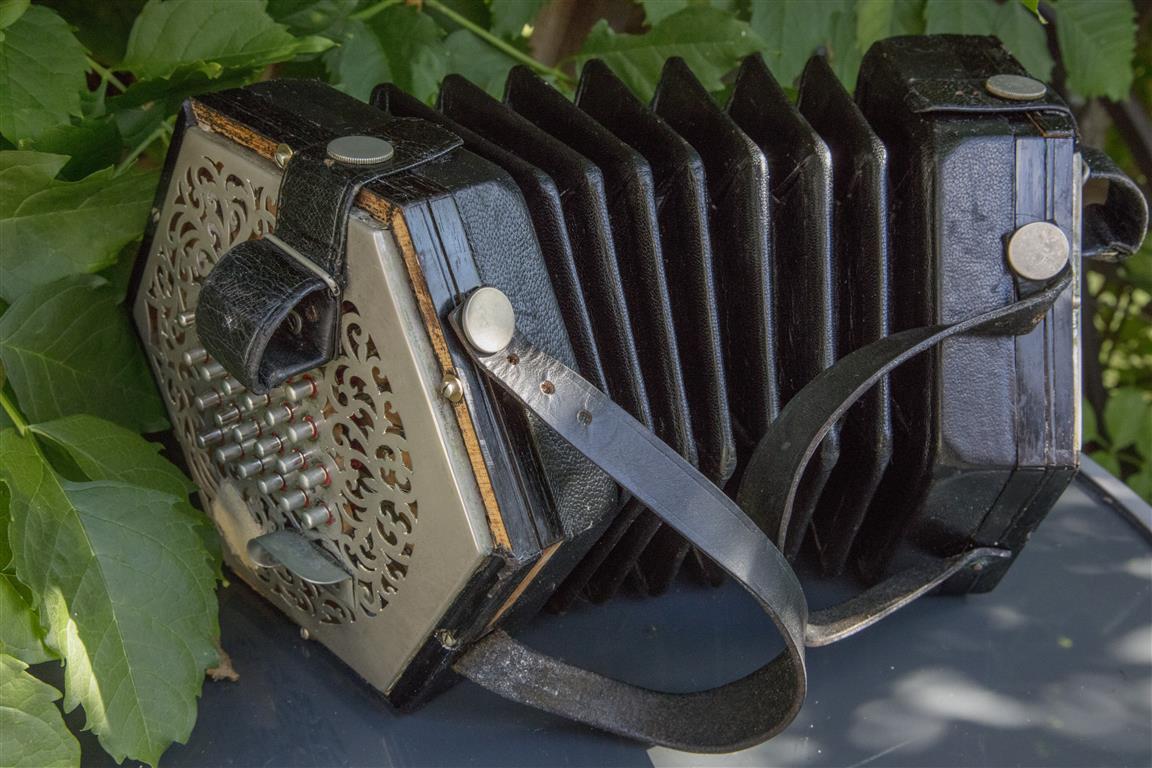 My instrument: The English Concertina


Long ago, I played French Horn in high school.  When I took up music again 20 years thereafter, I ended up with the English Concertina playing for the ECD dance above.  These instruments are the little heagonal squeezeboxes invented in the mid 1800s by an English Physicist, one Charles Wheatstone, back when the free reed was brought back from South East Asia (it was unknown in the West). The accordion and harmonica also use them.  The best English concertinas were pretty much made 100 years ago....and when refurbished, are wonderful and compact instruments with a powerful rich voice, still much used in folk music and its dance.  Here's what they sound like...

I have a few of them in excellent condition for sale....

My life in cars

Would you believe that I had the good fortune to drive and work on Bugattis as a teenager?  Read on.

My current driver is a 2003 diesel VW Jetta, bought in 2005 with 11,000 miles.  It now has 286,000 on the odometer and my average fuel mileage is around 48 MPG.  Of course, it's a dirty pre-scandal diesel, but golly what a solid dependable machine that's a pleasure to drive....diesels are an answer now that we don't have to wait for...in Europe, 50% of the new cars are diesels.
Before Der Diesel, I had a wonderful mildy modified VW GTI VR6 (an amazingly powerful, smooth, true GT tourer, the equal of the Maserati 3500 GT my father had).  Alas, it was ambushed by a deer on the Taconic Parkway one rainy midnight.
And I once had a '99 Austin Mini (so much fun to drive on twisty back roads)...you didn't drive it, you strapped it on and flew it.


My Problems with the Town of Ulster Firing Range

We moved in 1992 to a lovely location a little back from and above the west bank of the Hudson River.  It's an amazing location: you could be miles away secluded in the depth of the lovely New York Catskill countryside...it feels just like that, but it's 5 minutes from all the malls.  There's a quiet whirring from the traffic on the Kingston-Rhinecliff bridge, and it would be pretty much silent except that the Town of Ulster has a Firing Range 2000' as the bird flies, down the road.  Twenty years ago, the Range was used sparingly, presumably for Town officers only; its use has steadily grown with no limit in sight  The Town Police seek to extend its use, improve its facility and get other law enforcement to buy into these efforts. They indirectly resist any control of it.  Complaints of the noise have been met with surly indifference and no lasting effect. The Range is in use 2 to 6 days out of the week, for as much as 8-10 hours a day, is often in use multiple times during the day...and into the night...and the firing is not just plinking but often continuous, mounting at times to a crashing roar of rapid semi-automatic fire.  Baghdad-on-the-Hudson sounds like this

Alas, my father was a surgeon, and they are nothing if not optimizing proceduralists.  So I grew up being urged to a) figure things out and to b) figure out "the best way to do things".    This is a common failing among engineers and programmers as well, for all that its perusuit is something of a delusion in the greater sphere of existence and happiness.  But it also can be found, joyfully, in the kitchen, making delicious food.
Anyway, this page is a holding pen for some of my ideas, family recipes (honoring those who have gone before), solutions and better ways........

Years ago, I left the South to escape its politics and 'religion'...now they'ves metatisized to the nation at large, and an old-time Deep-South political machine using fraud, fear and lies to subvert America's democracy.  This page is about what I do in my small way to counter it., though it may be old and out of date...things change rapidly!   It's a nasty business, much uglier than it need be....the right has decided to demonize and defame the left.  What ever happened to statesmanship, to commonweal, to consensus, to government that was the product of the best both sides had to offer (along with the usual venality and ugly horse-trading)?  But the only thing necessary for evil to triumph is for good men to remain silent.  Here's to a return to civility and happier times....


The Delusion of Righteousness

How the mind slays the soul, slays life.


Imago Vitae, the image of life, contains my imagery...large format landscapes (ala Ansel Adams) of the Hudson River environs and other art photography
My Flickr albums of music and dance camps